The freezing of the product is one of the most important steps in the freeze drying cycle. For non-aseptic systems it is often a particle or impurity that services as the nucleation point allowing ice crystals to grow and the product to freeze. 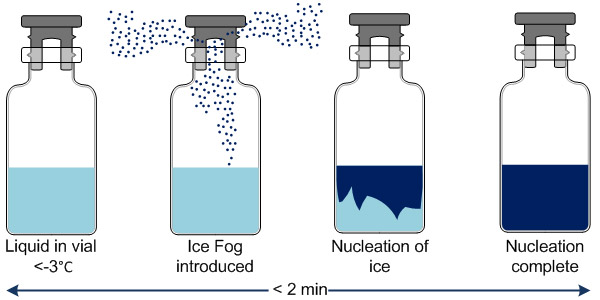 Therefore a means to induce nucleation at a desired temperature promotes both a desired product characteristic but also promotes product heterogeneity. Without nucleation control the temperature at which each vial nucleates is a variable, with perhaps a 20 minute variation in time, and depending on the shelf temperature ramp rate, a corresponding variation in nucleation temperature, and resultant ice crystal structure. 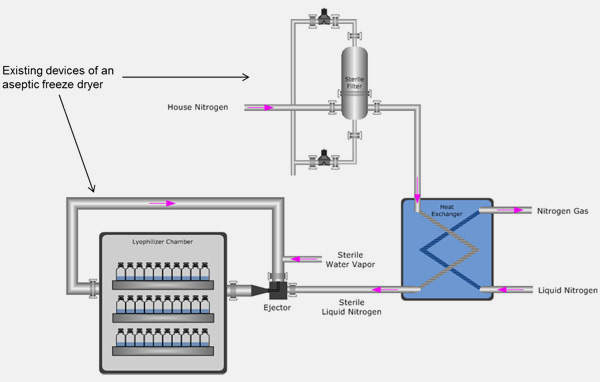 There have been a number of means attempted on the laboratory scale to promote ice nucleation in freeze drying. One such technology is the use of an ice fog to promote nucleation by introducing a particulate to serve as the point of nucleation. The work of IMA LIFE along with its development partner Linde, has been to develop a means to produce and distribute an aseptic ice fog that nucleates all vials in a short time frame. This work has resulted in a novel means to produce and distribute a sterile ice fog that is applicable to laboratory, pilot, and product scale freeze dryers.