Minitablets are multiple unit dosage forms presenting all the advantages of these systems over the single unit dosage forms such as low risk of dose dumping, high degree of dispersion in the GI tract and reproducible bioavailability. Moreover, if they are manufactured by direct compression instead of granulation or extrusion and spheronization, the production is one step and leads to lower costs and higher production yields [1, 2]. 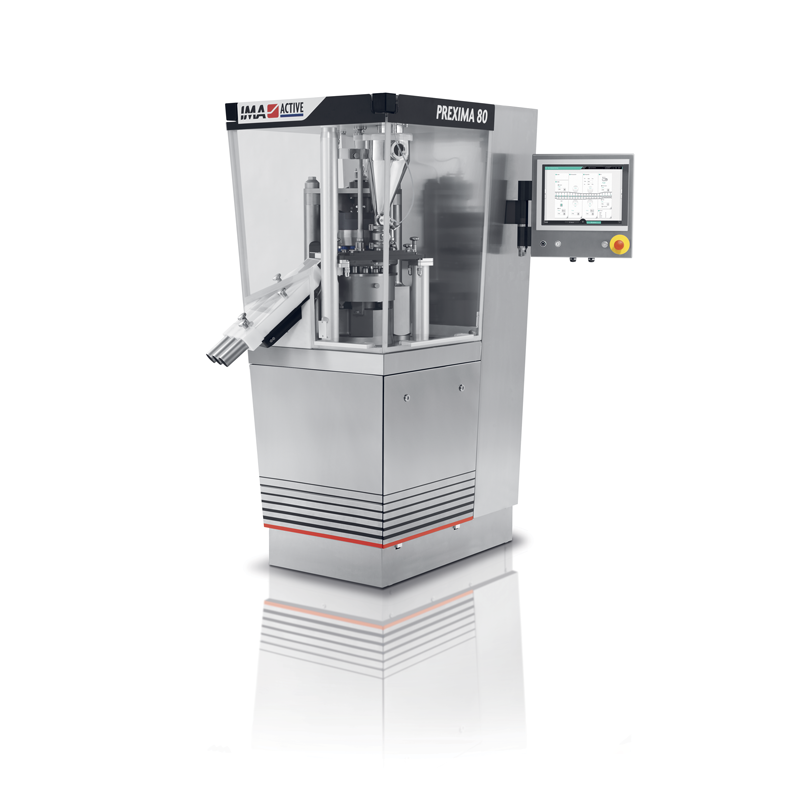 The results showed that using the proper operative conditions it was possible to obtain stable process: this could be reflected in low relative standard deviation even on compression (analyzed on upper and lower punch) than on ejection force (Graph 1 and 2). 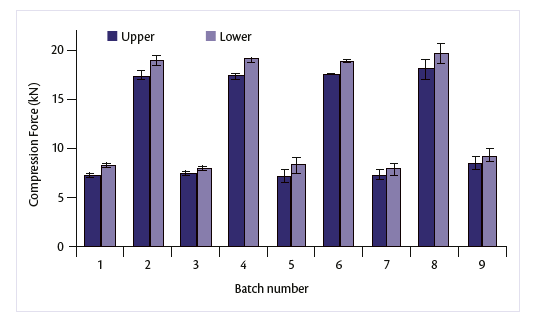 The technology characteristic analysis, resumed in Table 2, showed that all the batches complied with the European Pharmacopoeia for the uniformity of mass and only one batch did not comply with the friability.

Regarding the effect of formulative parameters on TH release, data reported in Graph 3 showed that all the matrix minitablets produced had modified release compared to pure TH. In fact pure drug completely dissolved within few minutes (t 50% < 1 min, t 90% = 2 min) according to its great water solubility (release profile not reported). Using HPMC 4KM, the results showed that drug release decreased by increasing the compression force while the polymer amount (33 and 65%) had no significant influence. 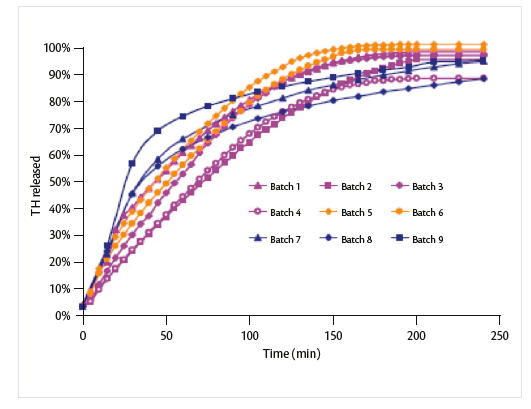 Both cellulose derivates allow the production of matrix minitablets containing TH by direct compression. Based on the dissolution profiles, it can be concluded that a more constant and controlled release can be achieved using a hydrophilic polymer (HPMC) releasing the drug by swelling rather than a hydrophobic one controlled by drug diffusion.