The global pharmaceutical manufacturing market size is predicted to grow at a compound annual growth rate (CAGR) of 11.3% between 2021 and 2028, with its current valuation pegged at $405.52 billion1. Consequently, the pharmaceutical packaging market is experiencing an unprecedented rise2 with its global market size currently valued at $107 billion at a CAGR of 9.4%. It is noteworthy that the US pharmaceutical packaging market alone accounted for $32.8 billion in 2019 at a 7.2% CAGR (Figure 1). With the advent of COVID-19, this growth trend is forecasted to accelerate further until 20283. However, these growth patterns have also led to a global surge in counterfeiting with the WHO estimating that 10% of medicines available globally are counterfeit4. One promising solution to curtail such malpractice is the introduction of tamper-evident container closure systems (CCS).
The idea of using anti-tampering devices is not a novel one, with regulations such as the Commission Delegated Regulation (EU) 2016/161 mandating drug manufacturers to add such devices to pharmaceutical products3. For example, crimping vials with aluminum caps is a current practice widely used for hermetically sealing glass vials5. However, relying on traditional vial crimping as an anti-tamper device is not a perfect solution due to known issues with closure integrity6, potential of metal particle contamination and inherent real estate costs associated with the installation of crimping stations outside lyo mechanical rooms7. The introduction of next-generation tamper-evident CCS eliminates all the aforementioned issues associated with a traditional vial crimping operation.

However, their impact on the lyo process remains a mystery and, therefore, it is vital to study their influence on the vapor mass flow during the lyophilization process. Previous studies have shown that the mass transfer resistance offered by the stopper can be 3-10% of the total mass transfer resistance as compared to the 80-90% resistance offered by the product itself8. However, due to the different engineering designs of competing next-generation tamper-evident CCS, it is critical to re-evaluate their influence on mass flow during the sublimation stage of a lyo process. 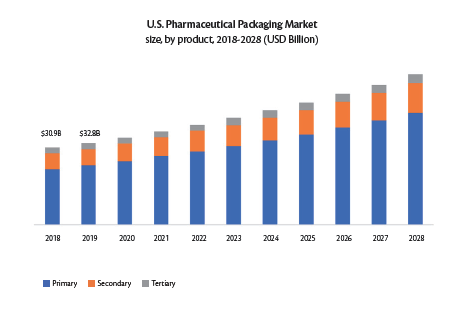 Figure 1. Growth trends in the US pharmaceutical packaging market3

In the final cycle, Cycle 3, the vials were partially stoppered with only lyo (conventional igloo) stoppers (Figure 7). This cycle served as the baseline cycle against which the effect of the ERON plastic caps on mass flow would be assessed. 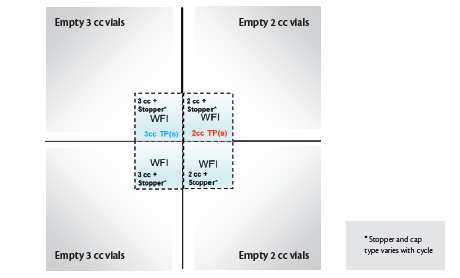 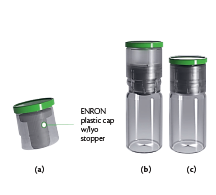 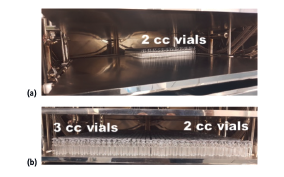 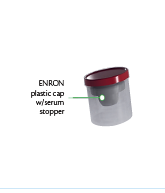 The experiments described herein above were executed with the aim of deciphering the influence of a next-generation CCS on the sublimation mass flow, as compared to a conventional vial and stopper assembly. The results suggest that the ERON plastic caps offer a marginally increased resistance (9.43% at 150 μbar) to the vapor flow compared to a traditional lyo stopper. The lower mass flow rate can be attributed to partial shielding of the stopper vent area by the ERON plastic cap (Figure 3a). However, the inherent benefits offered by the ERON CCS clearly outweighs the observed change in sublimation mass flow. It is noteworthy that the resistance offered by ERON plastic caps, which are an integral part of the ERON CCS, were also influenced by the choice of stopper type, i.e., ERON CCS containing either a lyo stopper or a serum stopper. Lyo stopper loaded ERON caps had up to a maximum of 7.81% lower mass flow rate at 150 μbar when compared to a serum stopper loaded ERON cap. The better performance of the serum stopper loaded ERON CCS can be attributed to the larger vent area offered by the serum stopper when compared to a lyo stopper. This is evident when comparing results between using solely lyo stoppers and serum stopper loaded ERON caps; the mass flow in these cases are within 2.7% of each other on average. It is equally important to note that while serum stoppers are not traditionally preferred for lyophilization, their use becomes more viable when used in conjunction with the ERON CCS. 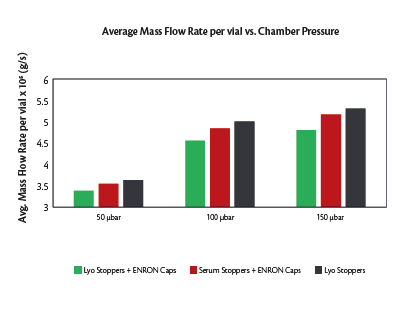