This successor to the Carrera 1000 responds to the budget, build quality and flexibility requirements of mid-range food and non-food operations. ILAPAK has balanced these demands by rationalising the number of added features and re-engineering the machine frame design and sealing system.

ILAPAK launched its original Carrera 1000 in 2014, and the flow wrapper has since earned a reputation as a reliable workhorse for the full gamut of food industry applications, from bakery, biscuits, snacks and confectionery to IQF, fresh produce and ice cream.

This latest addition to the Carrera portfolio incorporates incremental innovations that have enabled ILAPAK to stretch the performance: price ratio of the system. A radical re-engineering of the machine frame has produced the first ILAPAK flow wrapper with a tubular frame for added robustness, whilst on the sealing system, heavy duty shafts and surrounding bearings allow for greater and more consistent seal-jaw pressure. This improved jaw profile results in superior seal appearance and integrity.

In contrast with the manually fed  Smart, the Carrera 1500 can either be configured with manual or automatic feeding, giving users the option to integrate the flow wrapper within a fully automated continuous workflow. Optional extras include a dual film reel holder and automatic film reel splicing – features that contribute to overall line efficiency. 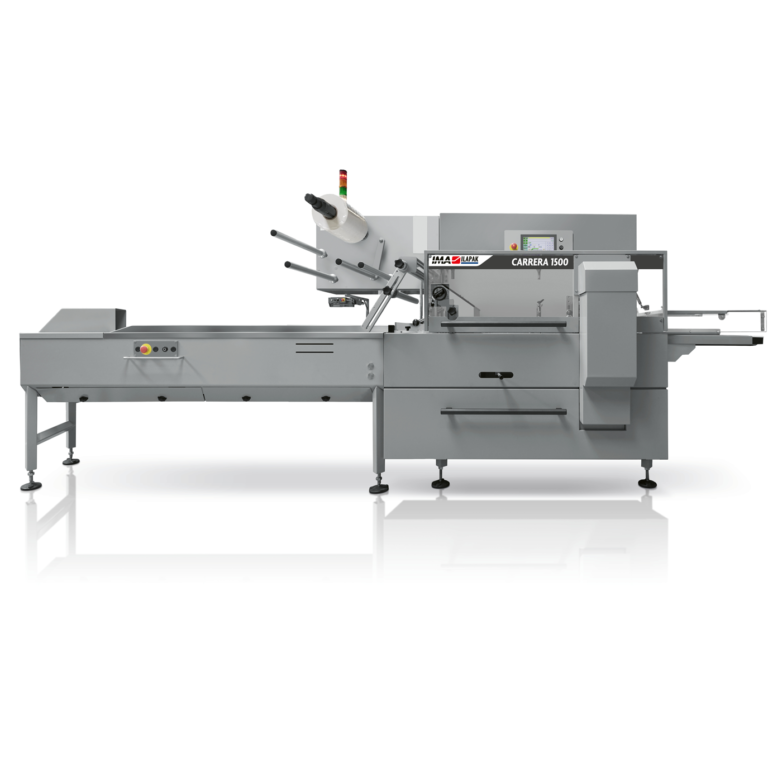